The Bankruptcy Reform Act of 1994 added sections to the Bankruptcy Code specifically affecting single asset real estate (“SARE”) cases. The definition of SARE was revised by the Bankruptcy Abuse Prevention and Consumer Protection Act of 2005 (BAPCPA) and is now defined as “real property constituting a single property or project, other than residential real property with fewer than 4 residential units, which generates substantially all of the gross income of a debtor who is not a family farmer and on which no substantial business is being conducted by a debtor other than the business of operating the real property and activities incidental thereto.” 11 U.S.C. § 101(51B). These additional sections are meant to expedite single asset real estate (“SARE”) cases, but they also restrict certain procedures and benefits provided in these cases.

What is a SARE debtor?

Not every entity that owns real estate is a SARE debtor. Even entities that own a single piece of real estate are not necessarily SARE debtors. In order for a debtor to be classified as a SARE, the following elements must be met:

What is a Single Property or Project?

What is Income Generated from Real Property?

As such, generally excluded from the definition of SARE debtors are hotel owners, golf course owners, and marina owners. Included in the definition are situations where a company owns only a single large office building, leases the property, and derives substantially all of its gross income from leasing the property.

The relevant inquiry into whether the business owner engaged in any substantial business other than the operation of its real property is “whether the nature of the activities are of such materiality, that a reasonable and prudent person would expect to generate substantial revenues from the operation activities – separate and apart from the sale or lease of the underlying real estate.” In re Kara Homes, Inc., 363 B.R. 399, 406 (Bankr. D.N.J. 2007). For example, if entities such as a hotel or country club generate revenue from restaurants or selling merchandise, that revenue would be separate from the owner’s income generated by leasing the real estate. On the other hand, if the owner builds homes or markets the property, these actions are considered incidental to leasing the property rather than separate income.

The Length of the Automatic Stay is Limited

An “automatic stay” goes into effect as soon as a Chapter 11 case is filed and prevents creditors from taking any collection activity against the business. 11 U.S.C. § 362. However, in a SARE case, the automatic stay terminates either 30 days after the court classifying the case as a SARE case, or 90 days after the bankruptcy filing on the request of a secured creditor. To avoid this the debtor must either file a confirmation plan of reorganization or must begin monthly interest payments to its lenders at the non-default rate.

The Time to File a Plan is Limited

Generally, a Chapter 11 debtor has the exclusive right to file a plan during the first 120 days of a case, and may obtain extensions, for good cause shown, of up to 18 months.  For a SARE debtor, the time period is limited to just 90 days unless the debtor does one of two things:

A Chapter 11 case must be filed in good faith.  While not stated specifically in the Bankruptcy Code as being a basis for dismissal or relief from the automatic stay, this is a requirement that most jurisdictions find is implicit.  What constitutes a good faith filing is, not surprisingly, the subject of litigation.

Chapter 11 generally provides protections and benefits for business owners seeking reorganization. Real estate owners and developers should be mindful that some of the protections of Chapter 11 will be restricted if they fall into the definition of a single asset real estate debtor. 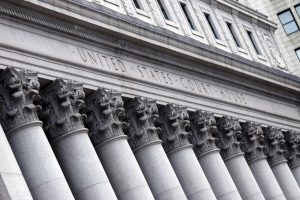