FACING FORECLOSURE? WHAT CAN A LENDER DO AFTER DEFAULT? – LOS ANGELES FORECLOSURE ATTORNEYS – LITIGATION & BANKRUPTCY

WHAT CAN A LENDER DO AFTER DEFAULT?

In the event that a trustor (or borrower) defaults on the payments owed under the note, a beneficiary (or creditor) holding a deed of trust generally has three legal options to enforce his rights. The beneficiary can: (i) sue to enforce the note obligation by bringing an action to collect on the debt; (ii) seek judicial foreclosure of the property securing the debt; or (iii) have the trustee exercise its power of sale, if such power is expressly granted in the deed of trust. The timeframe in which a beneficiary can exercise these options (the “statute of limitations”) differs.

In the event of default, a lender can file a lawsuit to force repayment of the obligation evidenced by a promissory note underlying a deed of trust. In other words, the creditor can sue the borrower for breach of contract. The statute of limitations for a breach of contract claim is four years. Cal. Code Civ. Proc. § 337. As such, after four years a creditor is barred from suing a debtor on the grounds that the debtor signed a promissory note containing an obligation to pay the creditor. This four year statute of limitations period begins once the cause of action accrues, or, at the time the debtor breaches the obligation by, for example, missing a payment. Cal. Code Civ. Proc. § 312; Spear v. Cal. State Auto Assn., 2 Cal. 4th 1035, 1042 (Sup. Ct. 1992) (“A contract cause of action does not accrue until the contract has been breached.”).

A lender may also institute an action in court to foreclose on the property. Similar to a suit for nonpayment or breach of contract, a creditor is barred from bringing an action to compel a judicial sale of a debtor’s property (a judicial foreclosure) after four years from the date a claim to collect on a debt accrues. Cal. Civil Code § 2911; Cal. Code Civ. Proc. § 725a. A debtor is sometimes entitled to redeem the property after a judicial sale under certain conditions. See generally 5-124 California Real Estate Law and Practice §§ 124.30-124.40.

If a power of sale clause is expressly contained in the terms of the deed of trust, then the trustee, on behalf of a beneficiary, may exercise its power of sale even after the statute of limitations to collect on the underlying debt is barred. See e.g., Summers v. Hallam Cooley Enterprises, Ltd., 56 Cal. App. 2d 112, 113-14 (4th Dist. 1942) (“the power of sale under a trust deed may be exercised after an action on the note is barred.”); See also Carson Redevelopment Agency v. Adam, 136 Cal. App. 3d 608, 610 (2d Dist. 1982) (“The running of the statute of limitations on the note underlying . . . [a] deed of trust clearly bars an action to enforce the note itself and an action for judicial foreclosure. . . . However, it is equally well settled that the power of sale under a deed of trust is not barred, or never outlaws, and that the power of sale may be exercised by the trustee who holds the title even though the statute of limitations has barred any action on the underlying note.”) (Internal citations and quotations omitted.)

In sum, although a beneficiary is barred from enforcing the note underlying its deed of trust and pursuing a foreclosure action in court, it can still choose, at any time up to either 10 years after the maturity date or, if no maturity date is included in the record, 60 years after recordation of the deed of trust, to compel a curing of the default and if it does not receive that repayment, elect to sell the property. Moreover, even if the beneficiary never exercises any of its rights with respect to its security interest, its claim will cloud title to the property until the expiration of the terms defined by the MRTA. This could adversely impact future sales or attempts to obtain other financing using the property as collateral.

[1] The wording of Cal. Civ. Code § 882.020 creates ambiguity because it refers to a time limit upon enforcement of “the lien of a mortgage, deed of trust, or other instrument” despite the fact that the need for the statute arose because the power of sale was considered something other than a lien and therefore never “outlawed.” As a result of this ambiguity, different appellate courts have reached opposing conclusions concerning the meaning and application of the statute. Compare Ung v. Koehler, 135 Cal. App. 4th 186 (1st App. Dist. 2005) (finding entitlement to 60 year statute of limitations remained even after filing a notice of default containing a maturity date on the loan) with Slintak v. Buckeye Retirement Co., L.L.C., 139 Cal. App. 4th 575 (2d App. Dist. 2006) (finding the filing of a notice of default containing a maturity date triggers the 10-year statute of limitations). Although the 2006 amendment to Cal. Civ. Code § 882.020 did not clarify things, it is unlikely that this issue will have any bearing on the specific issues the you faces and as such, a thorough analysis has not been undertaken. 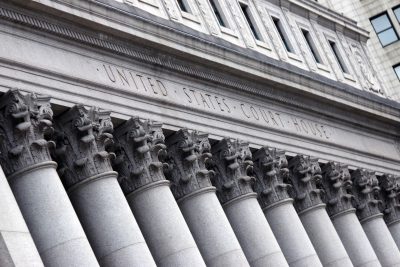