ANAND LAW represents clients involved in disputes over ownership to real estate.  These disputes often arise between co-owners, neighbors, and lenders.  When parties disagree as to the ownership of real property, including who holds title and the priority of liens, quiet title and partition actions can be used to force a resolution.  If you would like to file a quiet title or partition action, or have been named as a defendant in one, contact ANAND LAW today.  ANAND LAW also acts as Partition Referee to sell property that is subject to partition privately or publicly.

WHAT IS QUIET TITLE?

Quiet title claims ask the Court to determine the rightful owner of real property.  Quiet title actions also allow an owner to clear defects in title, such as erroneous / old liens and improper filings made with the County Recorder, and to have the Court determine lien priority.

ANAND LAW has in-depth knowledge of California’s real property system and the competing rights of parties involved in ownership disputes.  We have successfully litigated real property disputes on behalf of both plaintiffs and defendants, in both State and Federal Courts, including ownership disputes, lien priority disputes, and fraudulent transfers / fraudulent recordings.

When real estate is owned by two or more parties, and one co-owner wants to sell their portion but the other co-owners do not agree, a partition action can be used to force division of the property. A partition divides the property into equal shares and terminates the co-ownership so that each co-owner now has their own property.

There are two types of partition: “Partition in Kind” and “Partition by Sale.” Partition in Kind is a physical division of the property, and each co-owner becomes the sole owner of one portion of the property. Although this was the preferred method of partition historically, it is usually infeasible due to many factors: the property is one home or building and cannot be physically divided; there is no way to fairly divide the property; and/or compliance with land use laws and the Subdivision Map Act is not feasible or practical with a physical split.

Partition by Sale is exactly what it sounds like: the Court forces a sale of the property. Of course, if the parties agree to sell, no court action is necessary. And this should be the starting point for any co-owner looking to get out of their arrangement with the other owners: try to work out an agreement with your co-owners.

If there was a prior written or verbal agreement regarding ownership of the property, the co-owners may be required to take certain actions before filing, such as first offering to buy out the others’ shares or allowing co-owners’ to match any potential third party offers.

THE “ABSOLUTE” RIGHT TO PARTITION / AND EXCEPTIONS

Although partition is regarded as an “absolute” right, there are exceptions. Community property cannot be partitioned.

The right to partition can also be waived by either express or implied agreement. Waiver can be written or oral, but proving an oral waiver will almost certainly be difficult. California Courts have found a waiver of the right to partition where parties to divorce actions entered into property settlement agreements allowing one spouse to live on property for life or until remarried. However, even life and remainder estates can be partitioned in the right situations.

California Courts have also found a waiver of the right to partition in situations where co-owners had agreements as to how they were going to use the land for business, such as: where the co-owners have an active operating agreement to use the land to run an oil business; where there was an agreement to provide continuous income to investors under a long term lease. Each situation is unique, and a thorough understanding of all California cases is necessary to evaluate your situation and make the best possible decision as to how to proceed.

CO-OWNER’S RIGHT OF FIRST REFUSAL DOES NOT PREVENT PARTITION

A co-owner can force partition despite an agreement giving each co-owner a right of first refusal. The California Court of Appeal dealt with this issue in Leg Investments v. Boxler. The co-owners had an agreement which required them to, before selling their interest to a third party, allow the other co-owner to purchase it at the same price. The co-owner who wanted to sell his interest (“Leg”) found a buyer, and then offered to sell it to the co-owner (the “Boxlers”) for the same price. The Boxlers refused to buy Leg’s interest. Leg then demanded that the entire property be listed for sale, or that the Boxlers by out his interest. The Boxlers again refused.

Left with no other option, Leg filed an action for partition. The Boxlers argued that their agreement to have a right of first refusal amounted to an agreement that the parties waived their right to partition. The Trial Court agreed, finding that there was an implied waiver. However, the California Appellate Court disagreed and reversed the Trial Court’s decision, finding that the right of first refusal “merely modifies the right of partition to require the selling cotenant to first offer to sell to the non-selling cotenant on terms as favorable as those offered by the prospective buyer.”  This is now the law in California.  If you have an agreement (written or verbal) with co-owners, and you want to divide your property, contact ANAND LAW today for a no-obligation evaluation of your situation.

An action for partition will not be effective as to parties that are not named in the lawsuit. Thus, it is critical that all lienholders (e.g. lenders, judgment creditors), co-owners, lessees, and others with possible claims to the land are all named in the lawsuit. Depending on the situation, it may be prudent for parties to attempt negotiation before filing a lawsuit.  Secured lenders should be notified in order to avoid defaults, and to try to reach an agreement as to their treatment in the pending sale.

In an action for partition, the court apportions the “costs of partition,” including “[r]easonable attorney’s fees incurred or paid by a party for the common benefit.” CCP § 874.110. This also includes money spent to preserve, maintain, and improve the property. Proportional shares of rents received by a co-owner may also be reimbursable by other co-owners, and co-owners may be entitled to offsets for the fair rental value of another co-owner’s use of the land.

THE BEST OPTION FOR YOU

If you have a disagreement with co-owners of real property, the attorneys at ANAND LAW can evaluate your situation to determine the best solution for you.  We have helped homeowners with real estate issues in Los Angeles, Orange, San Bernardino, Riverside, San Diego, San Luis Obispo and Santa Barbara counties, and have successfully litigated real property disputes on behalf of both plaintiffs and defendants, in both State and Federal Courts, including ownership disputes, lien priority disputes, and fraudulent transfers / fraudulent recordings.  We will evaluate your situation to determine if NEGOTIATION, LITIGATION (in State, Federal or Bankruptcy Court), or a combination of the foregoing is the best solution for you. 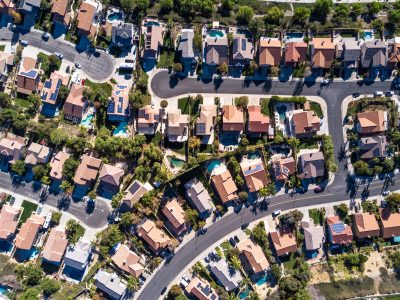